When launching an instance, there are at least three networks you can choose from:

(You may see other networks available if your project has Advanced Networking quota.) 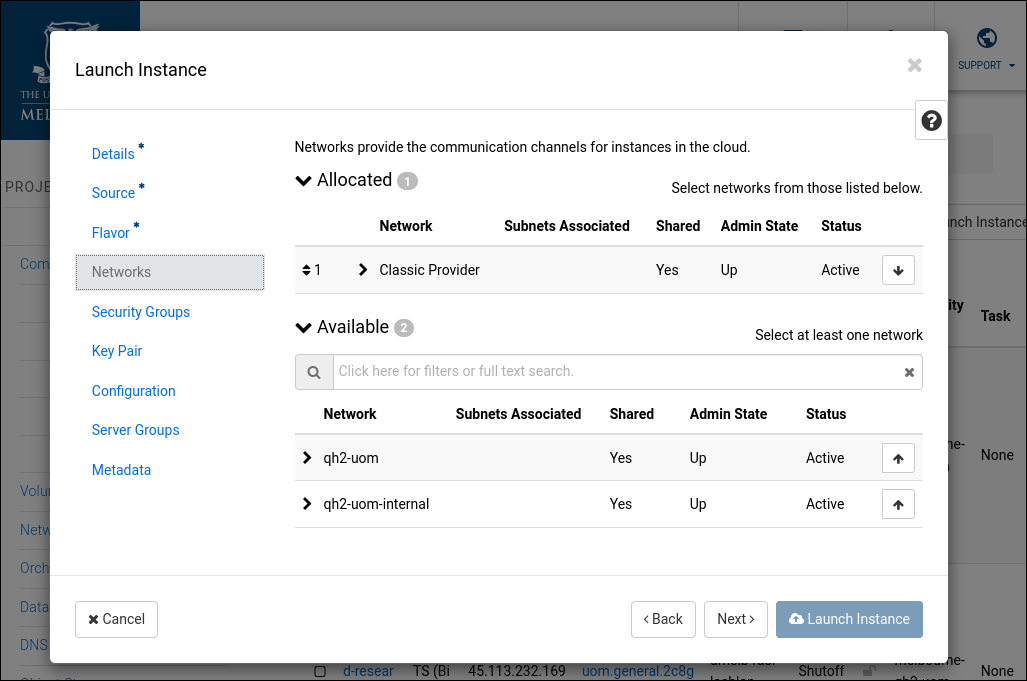 Downsides to the Public Internet

Although we grant a public IP address by default for reasons of convention and convenience, this comes with a couple of downsides.

The public internet is home to powerful botnets constantly looking for vulnerable devices. If you monitor the traffic on any public-facing network device, you can see hundreds or thousands of attack attempts per day.

Our official Linux images have secure default configurations, but no amount of security guarantees immunity. Furthermore, once you start customising the services and configuration on your instance, or if you use a non-Linux image, security becomes much less sure.

There are fewer than four billion IP addresses available on the public internet. This is about one for every two people on the planet. As such, obtaining a pool of public IP addresses is expensive, and not getting any cheaper.

The qh2-uom network has a little over 2500 IP addresses which need to be shared between roughly the same number of users. Many users like to have more than one virtual machine. The qh2-uom-internal network, on the other hand, has twice as many IP addresses, and we have more flexibility to add more subnets if we run out.

This has practical effects. Our pool of public IP addresses does occasionally become completely exhausted. This leads to errors when trying to launch new instances, which is naturally frustrating for the affected users.

Thus, even for instances with comfortable security, choosing an internal IP address can be a kindness to people who do need public-facing virtual machines. 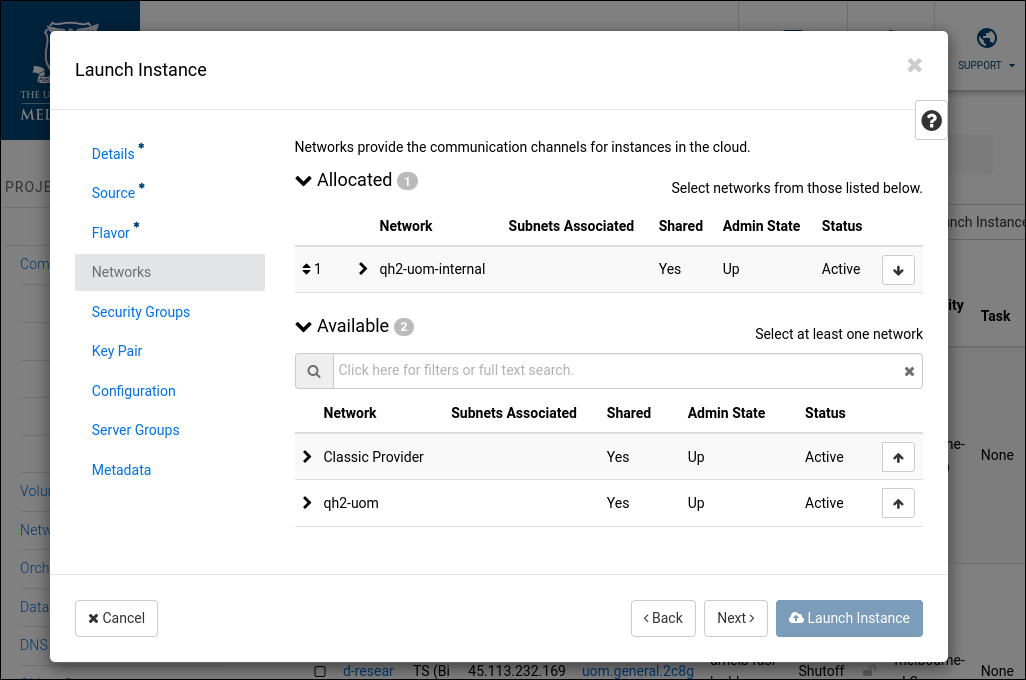